Here’s what I’ve been working on this week:

I spent some time improving the player character asset by:

I need to add IK to the feet so they don’t sink the floor (see above!) and there are still issues with blending between some animation states, cloth intersecting with geometry etc. but those are things that I can tweak later. Check the video for more info!

I’ve been wanting to explore the idea of architecture - the remnants of some sophisticated civilization that has died out/disappeared - within the game world for a while. I need to some concepts of how these structures might look in a semi-ruined state, but I’m quite happy with the overall shape language. One idea I had for how these things would be constructed is that this civilization had a building technology that worked like boolean operations in a 3d package: adding or subtracting matter at will rather than having to construct from component parts and units. 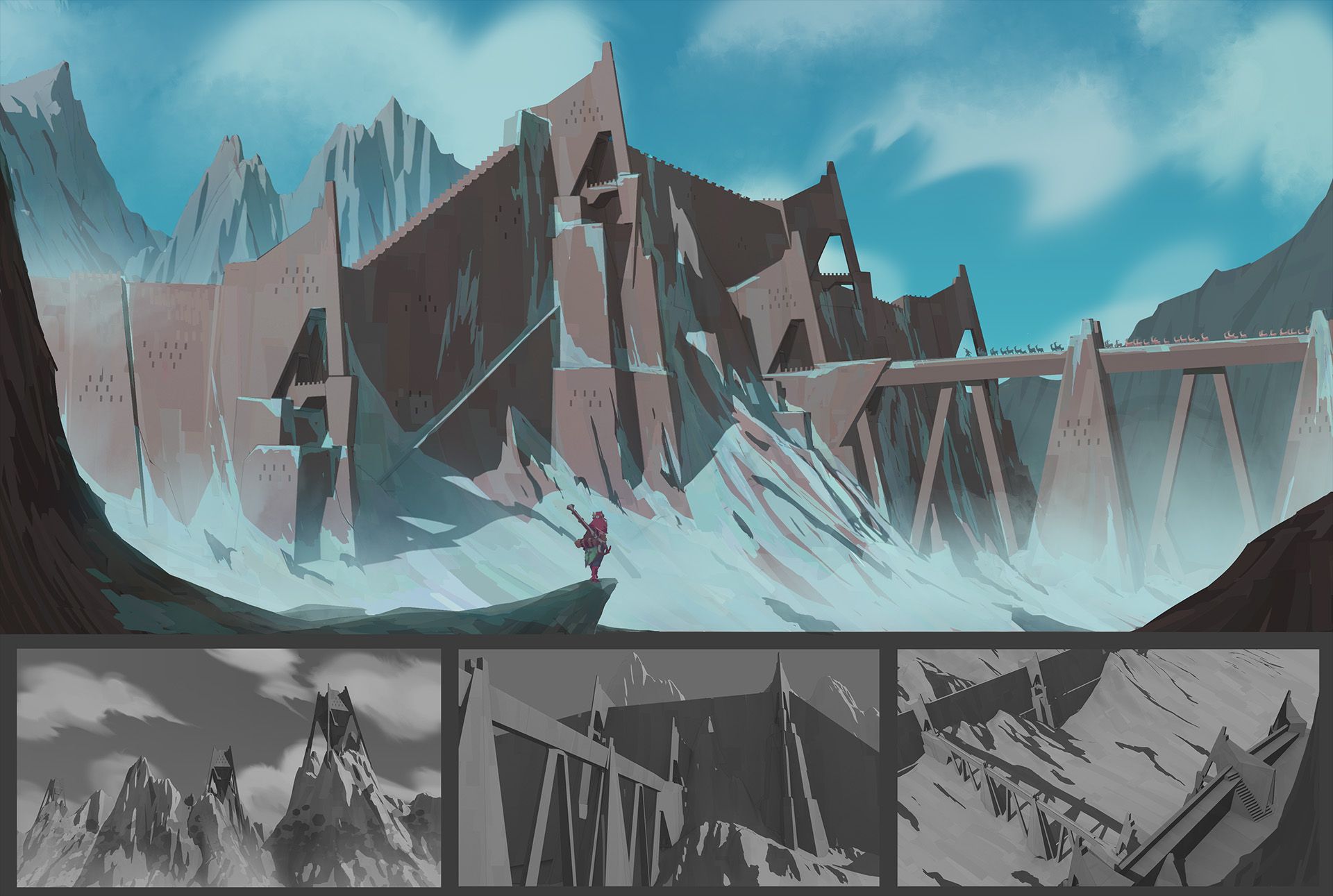 This is another concept/look dev piece done in anticipation of making a real-time target visual. I feel like I’m gradually getting to the sweet spot in terms of level of detail vs/ graphical read. I’m looking forward to putting all these ideas into a small area for people to experience.

As mentioned, I’m planning to bring a bunch of the things I’ve been working on so far together and create a visual target area for the proper look and feel of the prototype.