Here are some of the things that I’ve been doing this past week!

I’ve used both of these systems in Unity to some degree, but took the opportunity to get better acquainted with how it all fits together by replacing the capsule version of the ‘Pied Piper’ enemy with an actual character model. I’m using a template mesh for now but will at some point replace that with the design I created last week. I also added some new behaviours to the enemy: stalking prey (either sneaking or running depending on distance from target) and only selecting unique targets (previously multiple enemies could fire at the same animal, which caused some confusion!). 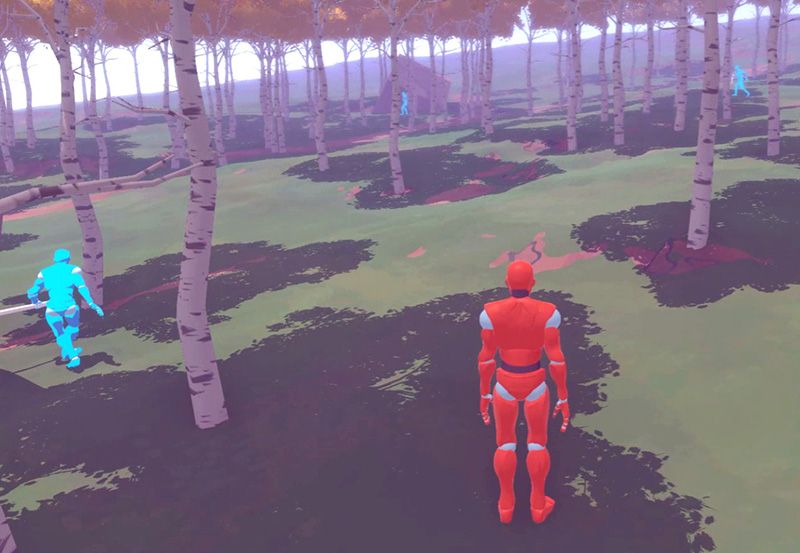 Check the video for more details!

I also worked on some art tasks. Firstly, I put together a moodboard of different possible locations within the game world. I imagine that there could be a good range of different environment types and that each one would of course have its own dangers in terms of climate conditions, hazards, enemy types etc. 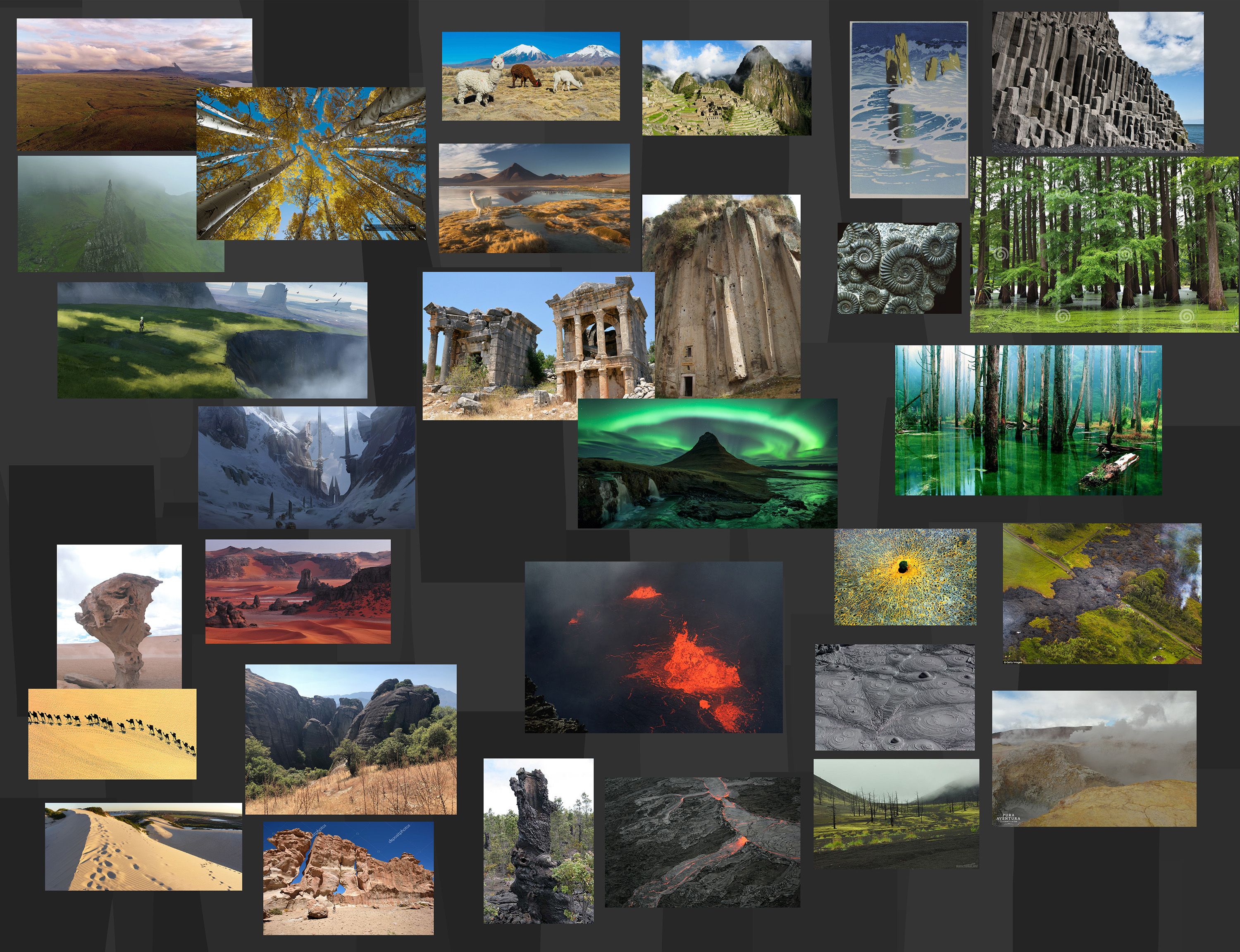 I was taken with the idea of a flooded forest location, so put together a concept/mood piece using a bunch of the assets I’ve already created: 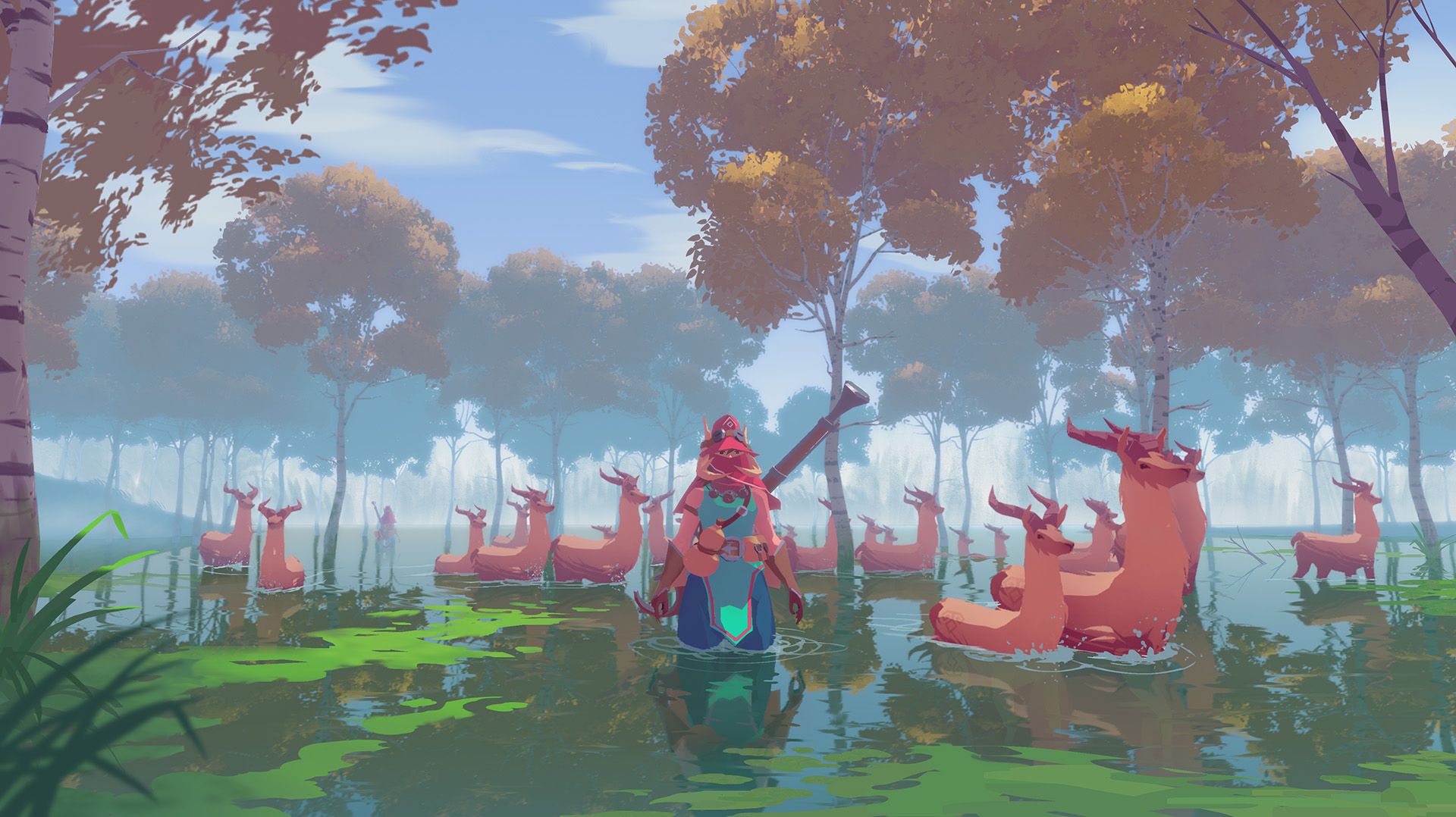 I’ve started working on some explorations for the ancient architecture which is just visible in the original concept that I did. I imagine that it will be a feature that is present in a lot of the landscapes and useable for different kinds of puzzles, exploration etc. I also want to (finally!) merge my various branches together into a single project and start looking to create a small real-time visual target scene.