Here’s what I’ve been working on this week:

I started prototyping a new enemy type that will hide within the environment and try to steal your animals away from you.

See the video for details on the game mechanics!(Btw, the trees are not mine - they are from an asset pack, but I plan to create something in a similar space, stylistically.

In addition to working on the gameplay for this unit, I also created a character design (it will not, I’m afraid, remain as a giant, glowing red capsule!). Initially, it was some rough doodles of a guy wearing a tribal mask that’s an abstraction of an open wolf’s mouth: 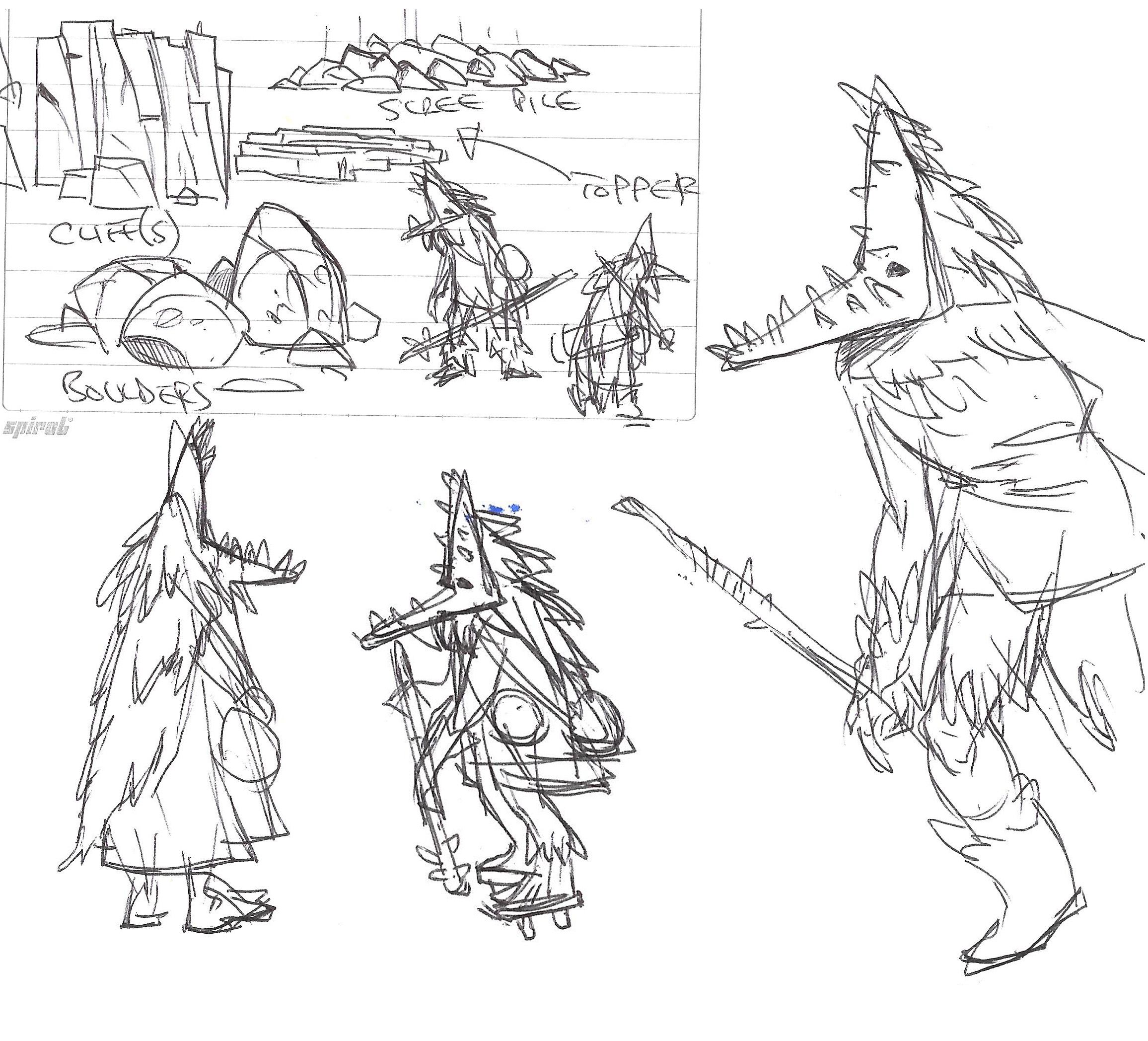 The main motif was inspired by a dinosaur mask that my son got for christmas. I thought it was pretty interesting how the eye holes were inside the mouth, so I decided to use that in the design! 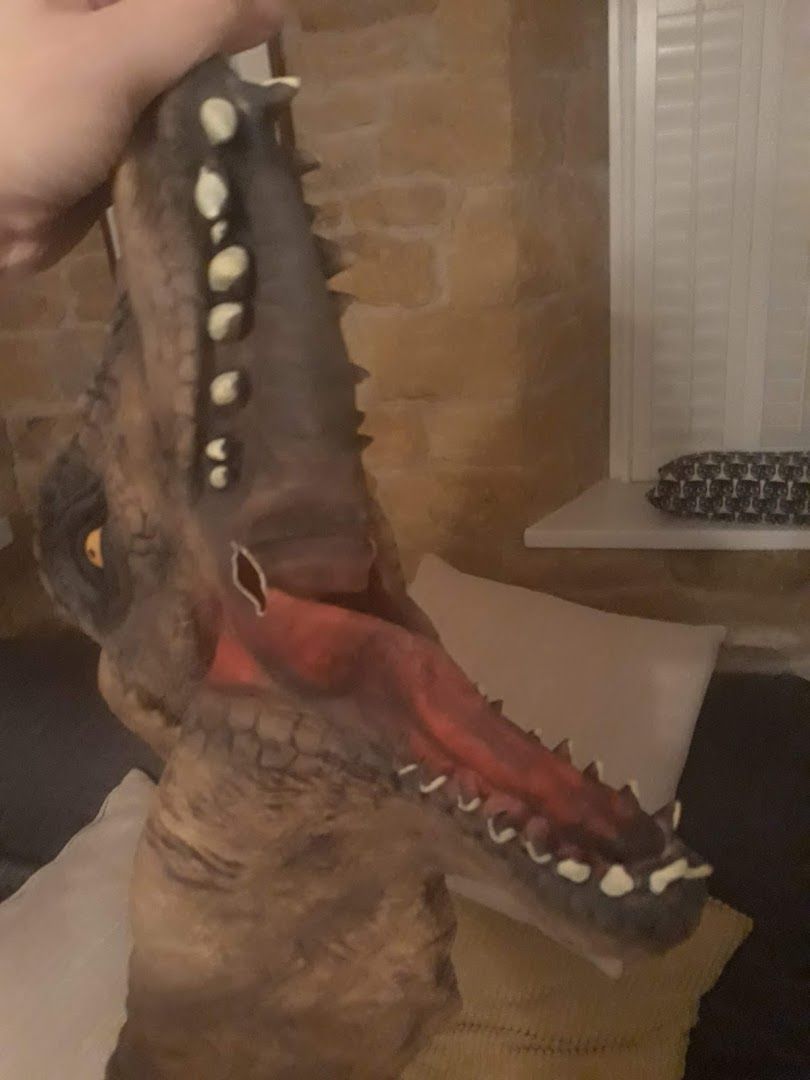 Rather than spend time on a 2d concept, I jumped straight into the modeling phase and iterated on the design in 3d. I still need to refine some details and the colour scheme, but this is pretty close to what I’m looking for: 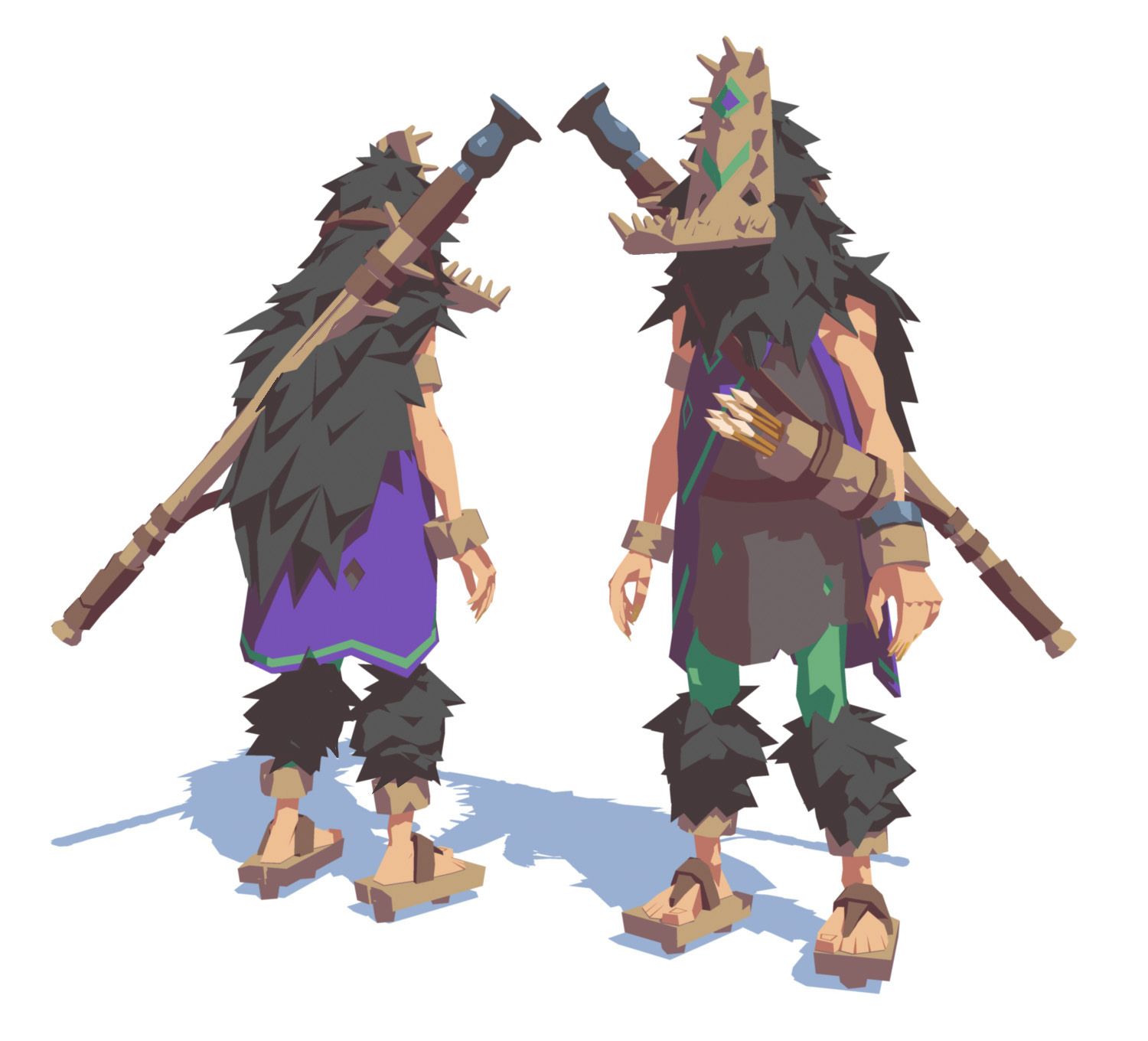 I covered this in the video too, but I also created some dust cloud vfx to accompany your animals when they’re running at full speed. An animation event marks the frame in the run animation when the front hooves strike the ground, and the particle fx gets emitted in sync with that. It makes the contact with the ground feel much more impactful, I think. I want to make these fx more dynamic by adding more of a directional gesture to the overall shape, but this works pretty good for now.

Now that I have the player using projectiles, I want to add a weapon system so that the player fires sonic bombs etc. out of a rifle/blunderbuss thing rather than just throwing them. So I will be experimenting with firing; equiping and unequipping weapons etc.