I’ve mainly been working on art tasks and some overall planning and reorganizing this week.

I spent some time creating a custom skeleton/bind pose for the flock animal model I recently created. The plan is to be able to re-use pre-existing animations (in this case, a set of anims for a deer) and tweak them as/when necessary. There’s some finessing needed with these (head movement on the canter/gallop cycles, for instance) but it’s a pretty good base and a real time saver!

Some rough ideas for ‘special’ members of the player’s herd which would give buffs/extra abilities to the herd as a whole. I intend to push the difference and variety of these as I go:

I created a set of modular cliff parts that I can use in various combinations to build cliff faces, mountain rock details etc. It took a while to find the right compromise between asset creation speed and level of detail, but I think this ‘low poly plus’ look is working pretty well.

Another paintover using updated assets (including the clouds, which are part of a customized Time of Day system that I recently integrated). I do a lot of these as I iterate on the visuals in order to maintain a goal for the art style that is current. 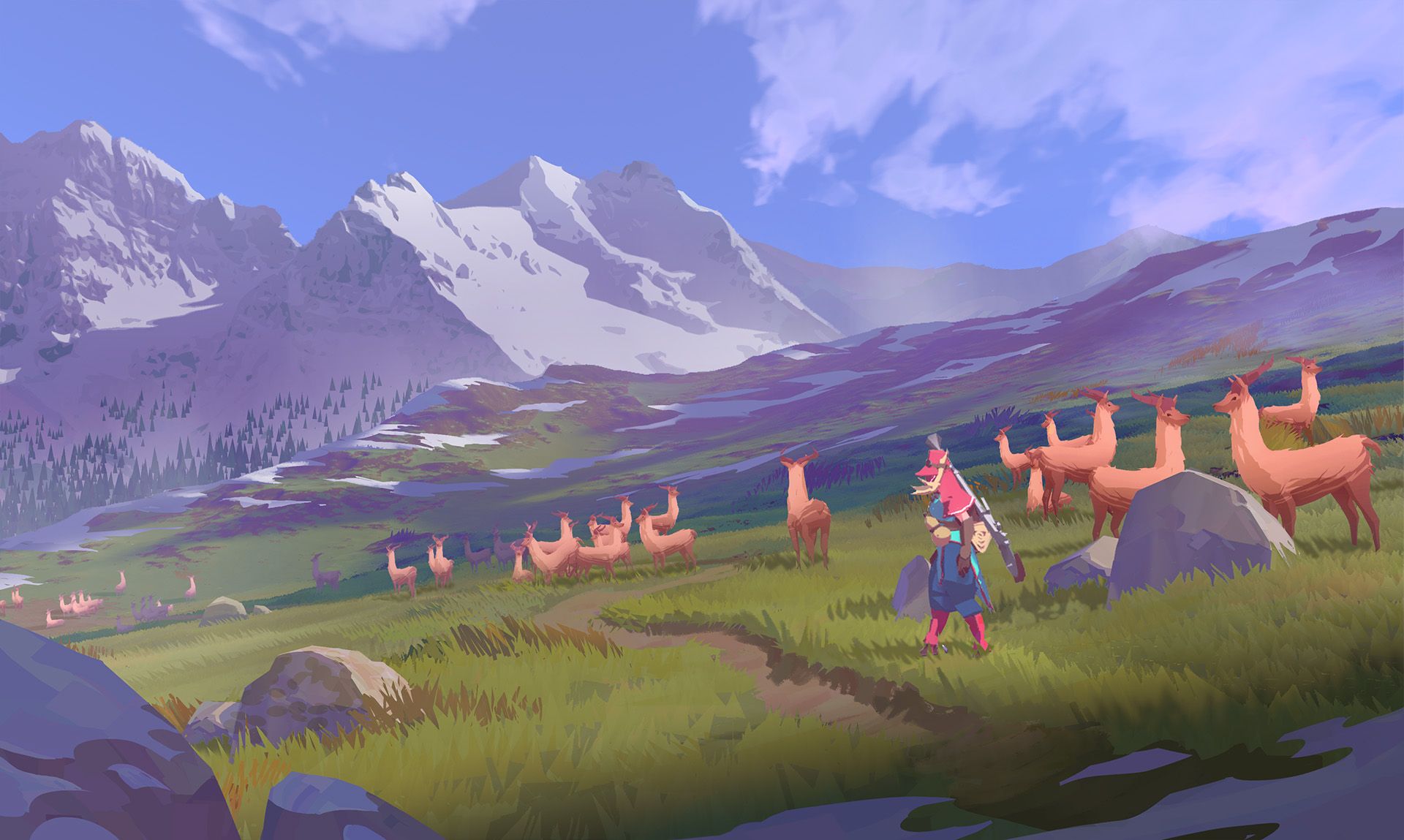 That’s all for now! I’m intending to return next to developing the gameplay elements of the prototype now that I’ve progressed the visuals some.