Here’s another update on the prototype! I split my time this past week between game mechanics and visual development.

I want to start expanding the behaviour states of the flock animals in order to open up gameplay possibilities. The first additional behaviour I’ve added is that the animals can now become afraid and try to run away from danger. In its current state this is driven purely by proximity to a threat, but in future I can add sound, vision criteria to it also. So, a threat (in the example below I create a simple ‘predator’ that pursues the flock animals one by one) that is within the ‘scared’ range will cause an animal to turn and run away from danger until they are at a safe distance. When the animals are in fight-or-flight mode they can’t receive commands from players, so currently you have to wait until they are far enough from threats to respond (although I think I will add a horn call that lets you calm the animals when they are agitated).

Here’s a video showing this stuff in action:

I’ve started adding some extra player control functionality with Ootii’s Motion Controller (climbing, ledge grabbing, balancing etc.) so that I can create a sandbox area and play around with the idea of separating players from their animals at certain points and making them travel different routes to get to the same point. Not too much to show just yet, but here’s a bit of platforming and having animals follow you from below:

I spent a fair bit of time this week researching different options for creating terrains and populating them with foliage etc. There are a lot of different ways to approach this within Unity, but I’m pretty confident that I’ve found a workflow that will be efficient and achieve the right kind of aesthetic. I did a couple more paintovers of screens from Unity to get a handle on what features I need to create the look I’m after. 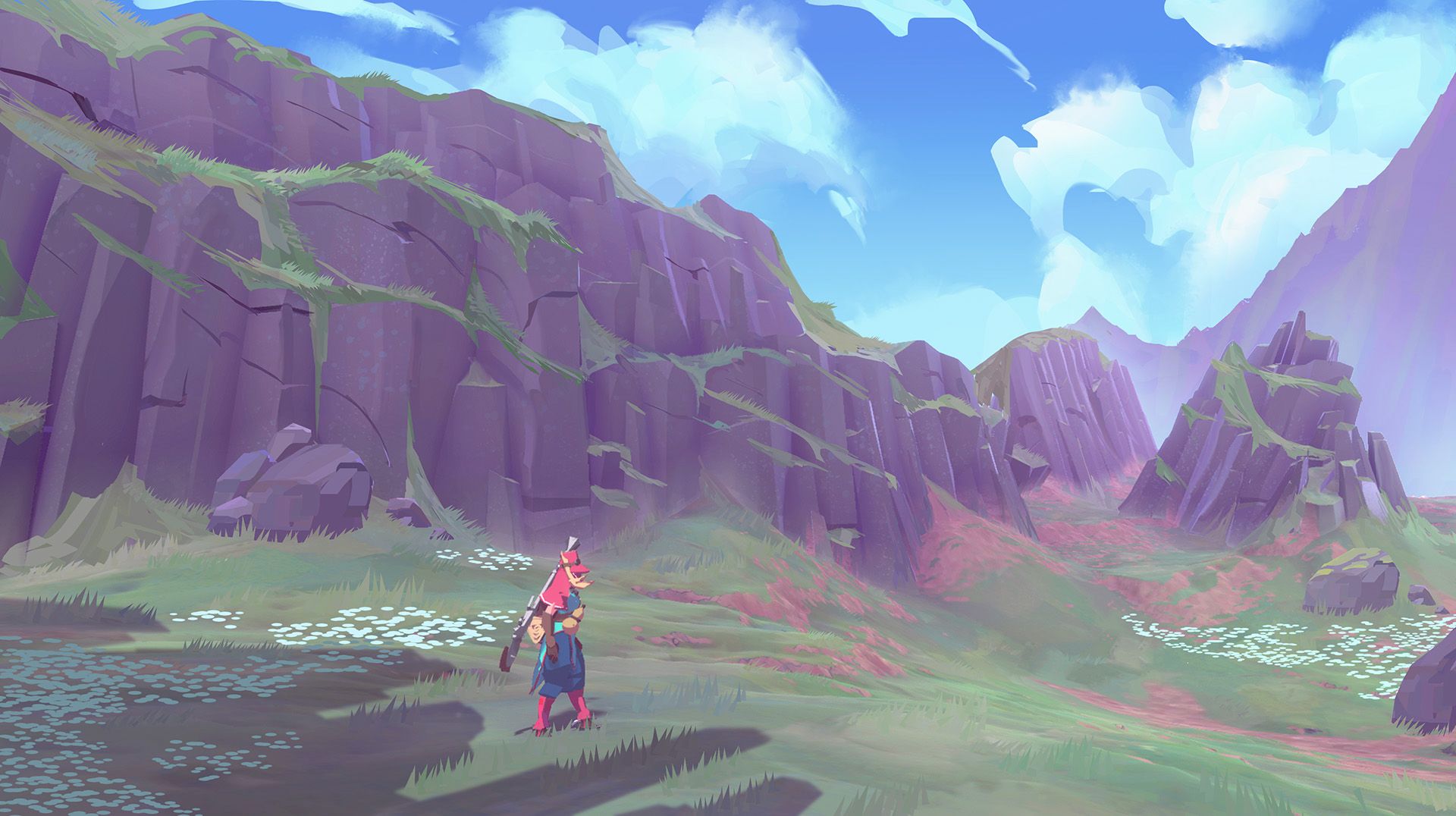 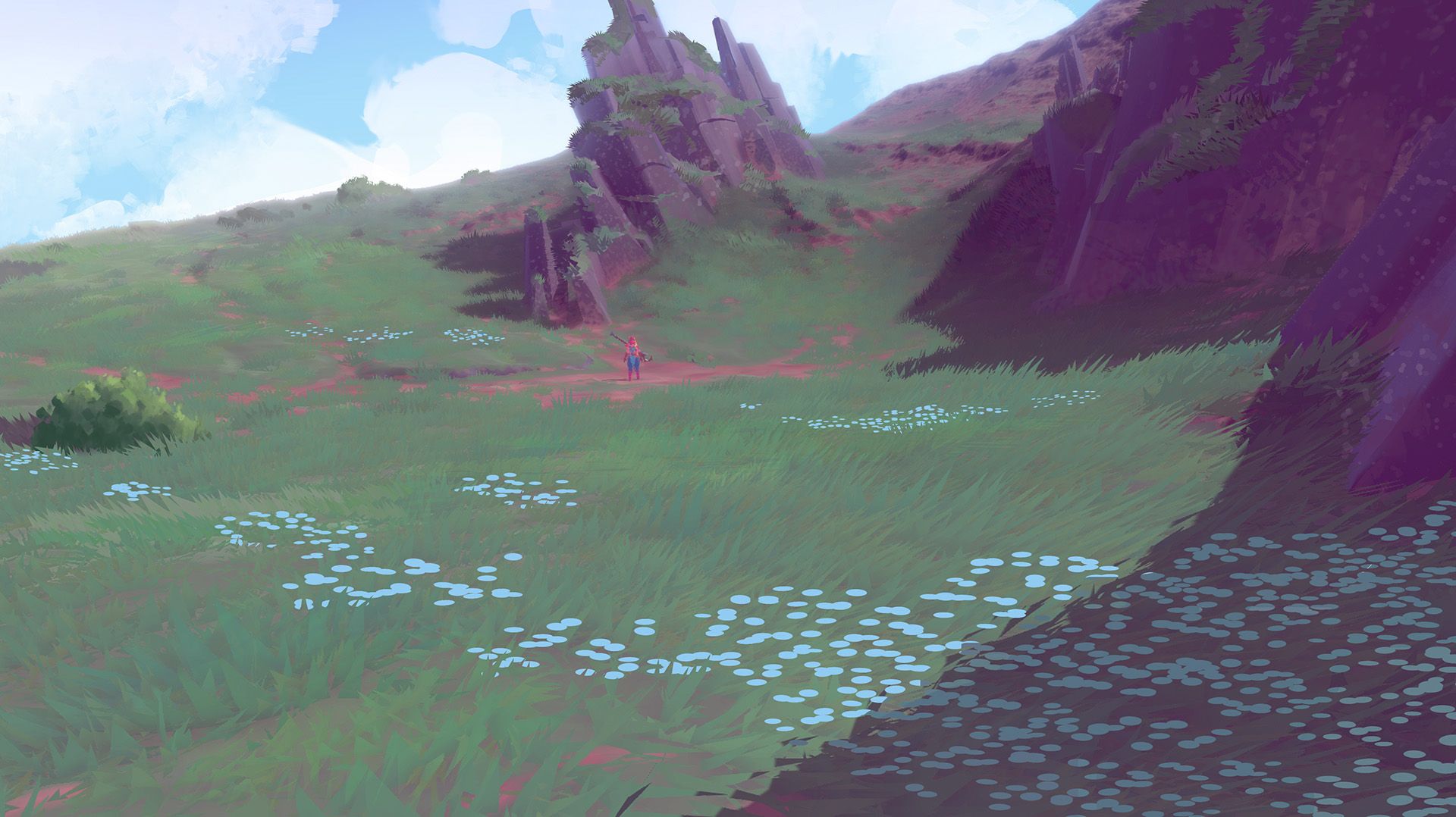 Finding a way to populate grass at a decent volume performantly and also have it match the visual requirements took some trial and error, but using Vegetation Studio and some custom shaders I’m now moving in the right direction, I think. I created the scene below in a separate Unity project using pre-existing textures, so the next step is to adapt it to create the look I want in the prototype with actual assets: 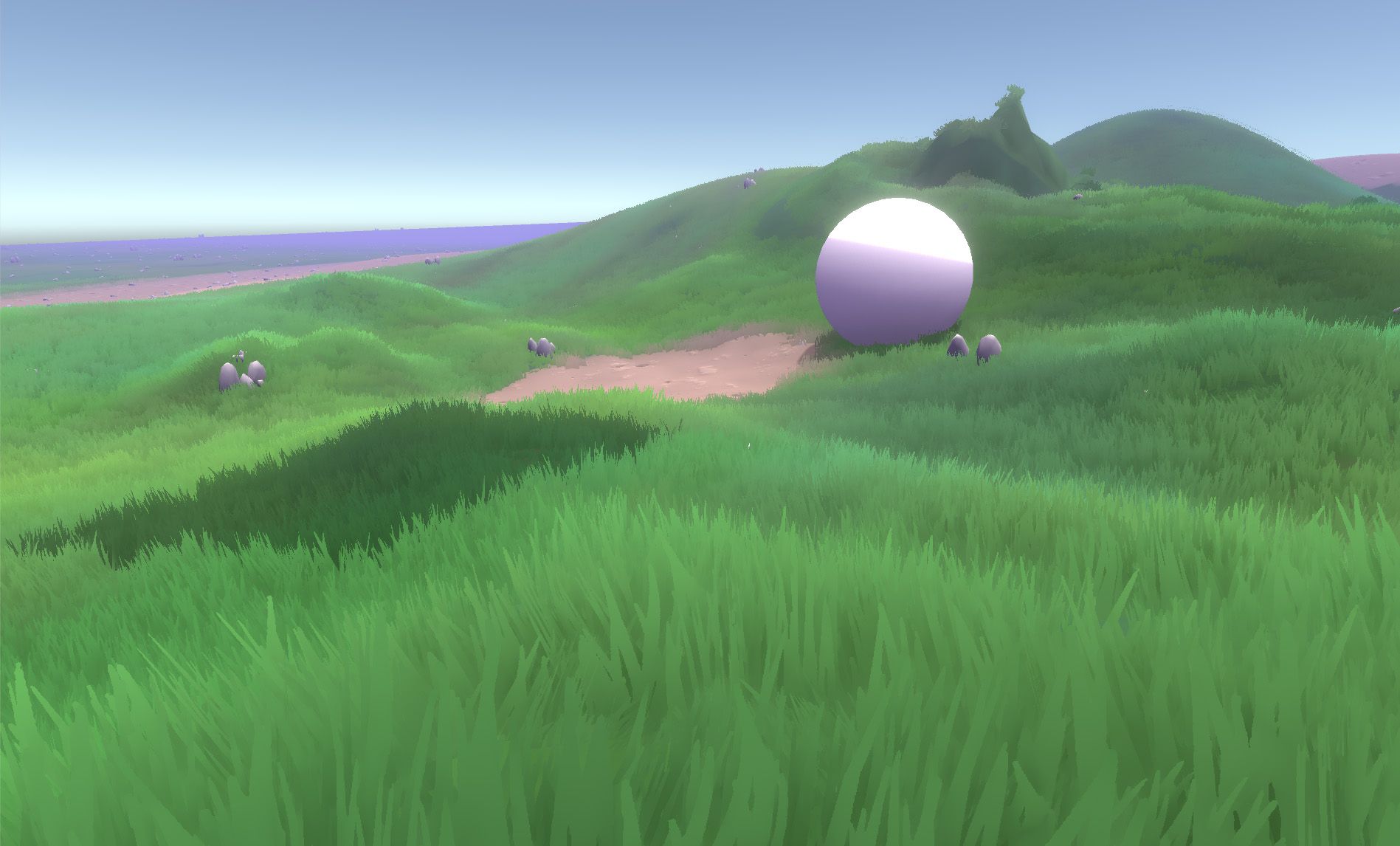 I also spent time doing a rough pass on the player character model. This involved reworking the mesh & materials, auto-rigging with Mixamo and adding Unity Cloth components. Very early days with this, but good to see the character running around in game! I’ll clean up the skinning and cloth when other elements are further along.

For the rest of the week I want to focus on the sandbox level, expanding animal behaviours and brainstorming more gameplay ideas, particularly co-op related stuff.