Here’s what I’ve been working on since the last update: 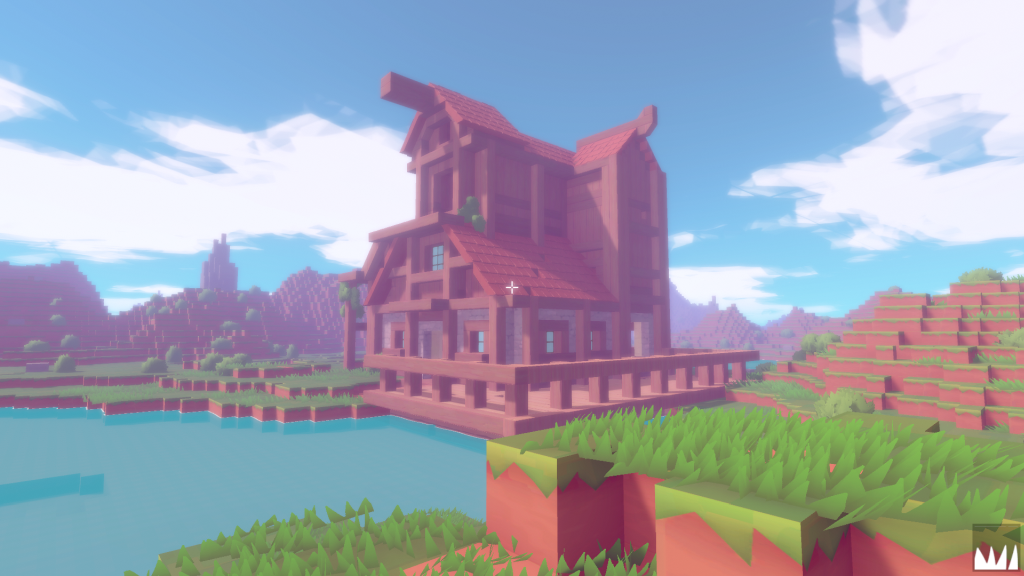 I dedicated the week primarily to working on a building kit that players can use to quickly and efficiently create structures within the game. I concentrated my efforts on this task since I imagine that players will spend a good amount of their time building, improving and renovating their stores, houses and defensive structures (either solo or hopefully collaboratively.

The kit is comprised of a number of components (wall pieces, doorways, floors, ceilings, stairs etc.) and they can be placed down in the world and then edited as needed. The implementation is still pretty rough, but it’s certainly quicker than placing blocks individually - especially as I’m using half-size voxels - and it’s pretty fun to see what structures you can make from the kit even at this early stage.

Kit Construction The parts for the kit are constructed in an external voxel editor and then imported into Unity. The colours used in a model’s palette are used to define which materials should be used for each voxel. 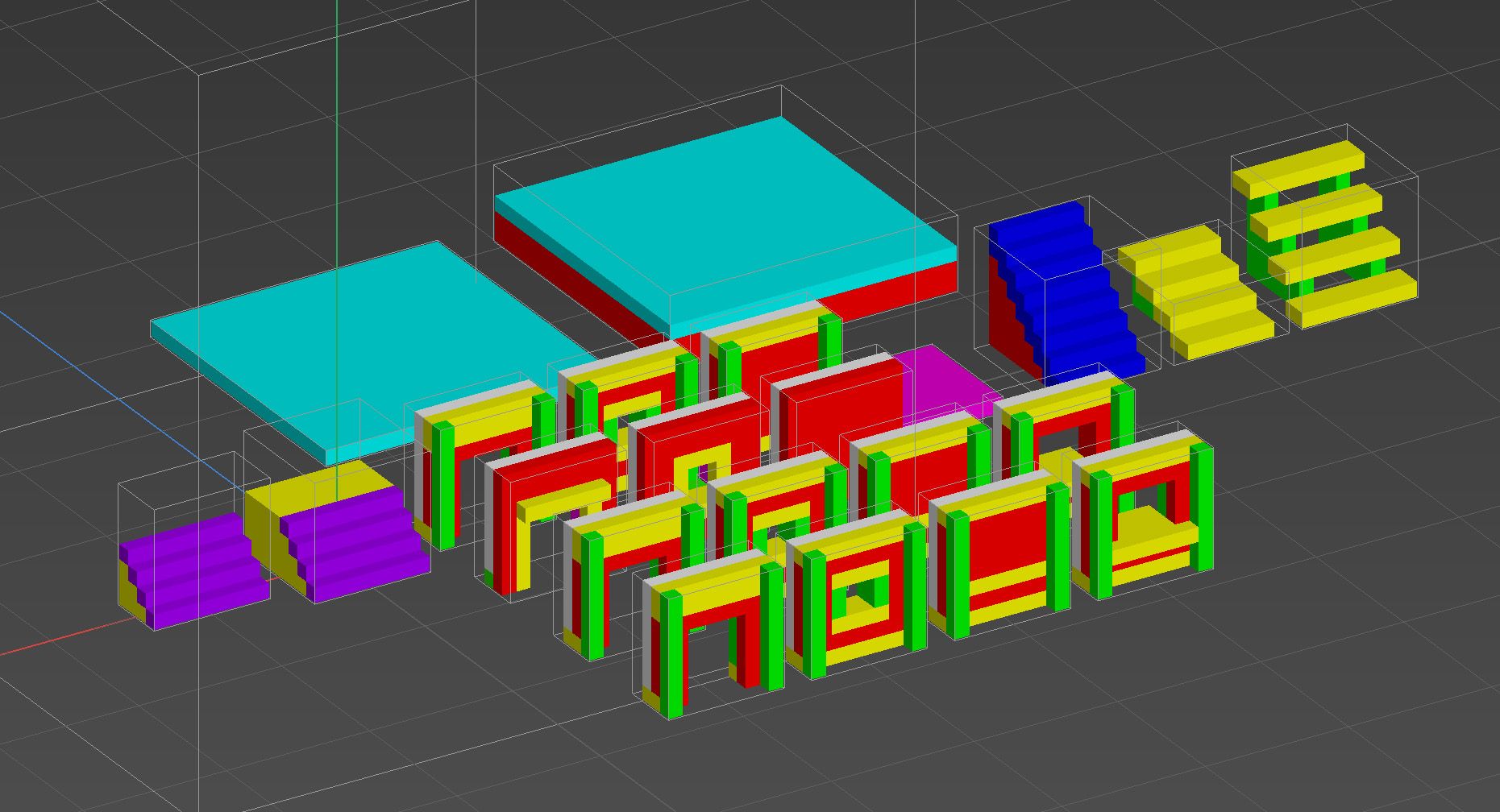 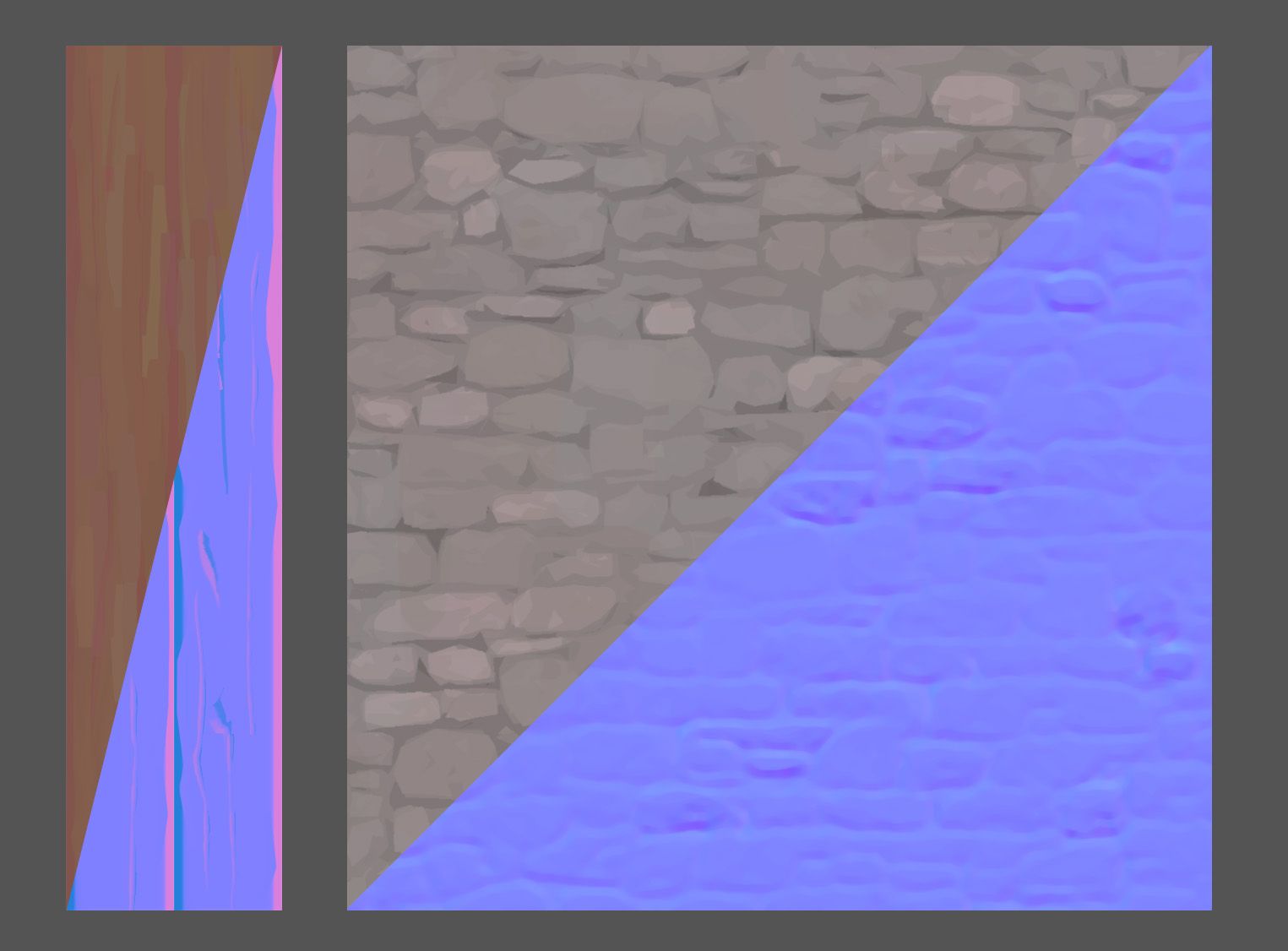 I’m authoring textures to tile over multiple blocks (up to 32x32 depending on the material type) as I want the aesthetic of this game to be a little more natural-looking than Minecraft, where the textures mostly tile over 1x1 and look very repetitive as a result. I’m also planning to experiment with texture blending and colour tinting to see if I can break things up even further. It’s important to still keep contrast and detail to a minimum within the textures since once they are placed on top of the voxels things can quickly start to look noisy. 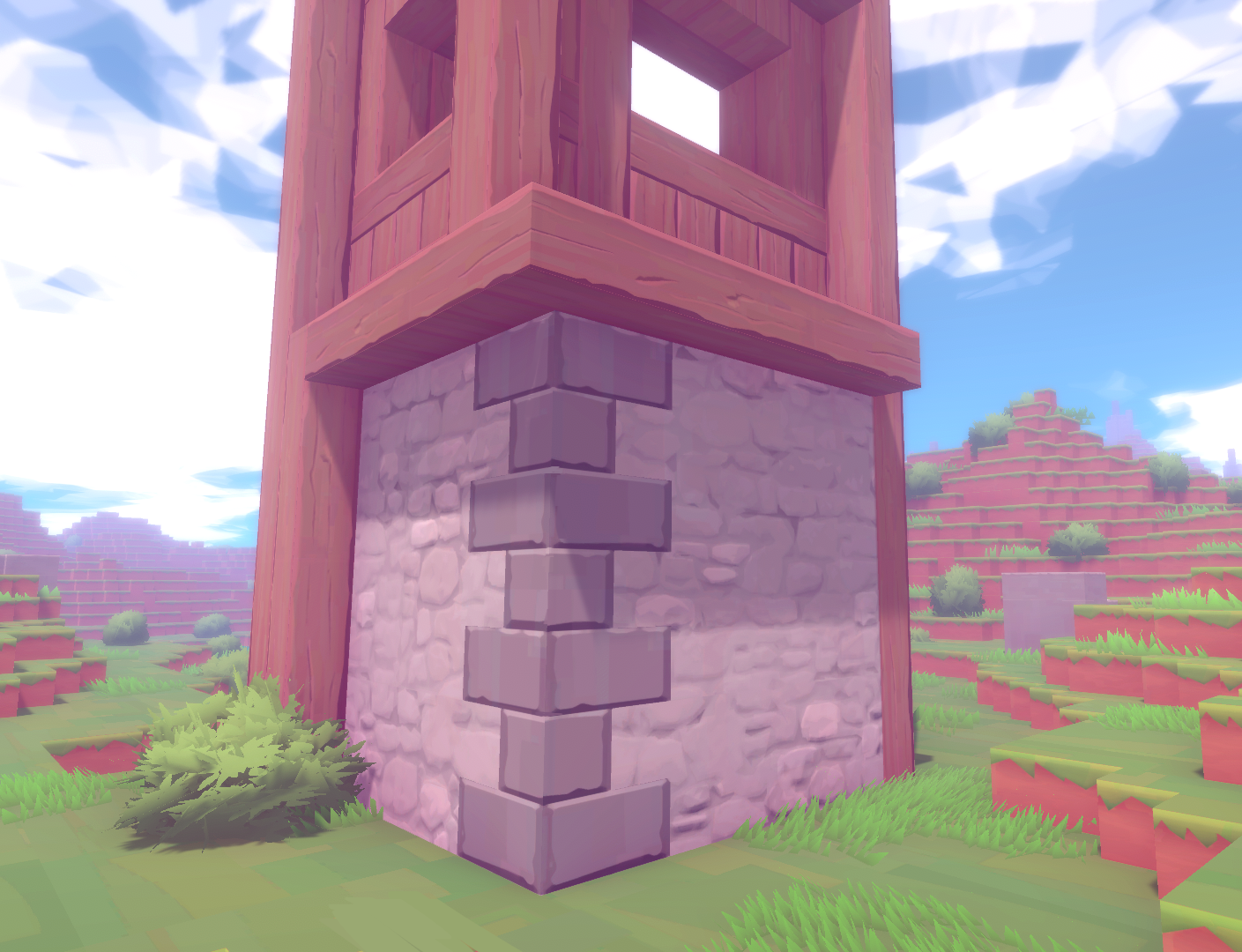 I’m also using normal maps for details within the textures and also one the edges of the blocks to suggest different kinds of edge qualities depending on the material type.

The asset I’m using as a base, Voxel Play, allows you to use any kind of prefab as a ‘voxel’ so you can place things other than blocks in the world. Elements like sloping roof tiles, hanging foliage etc. Add a lot to the look and feel of things, I think: 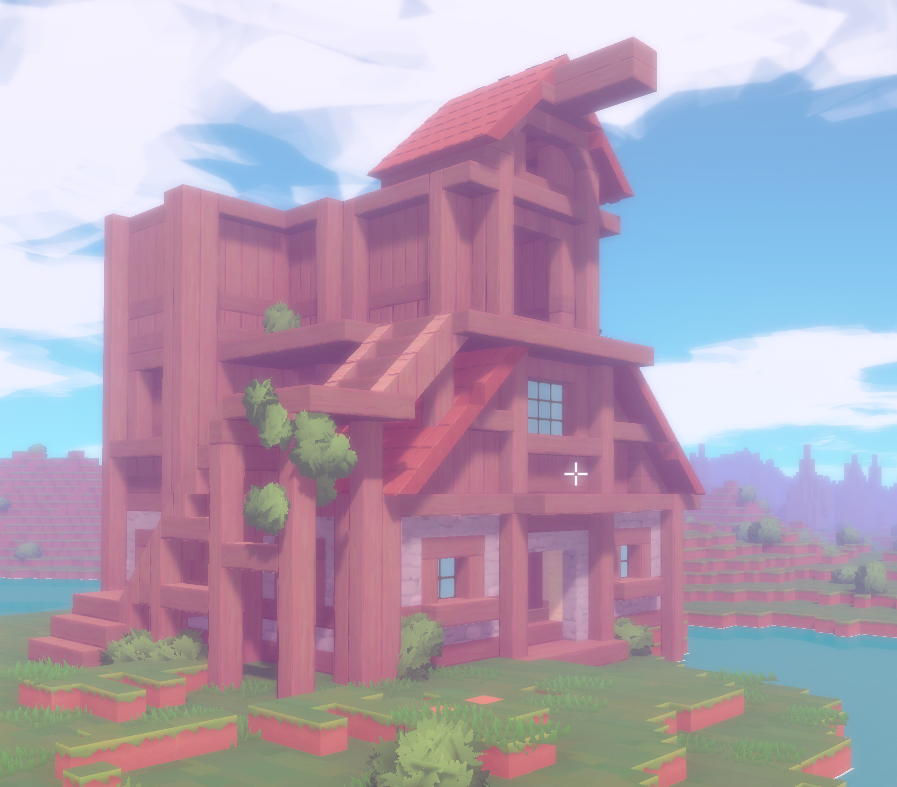 Testing The Kit I spent an hour or so this afternoon putting this building together using the kit. I could construct this even faster once I’ve improved the interface and got rid of some bugs. 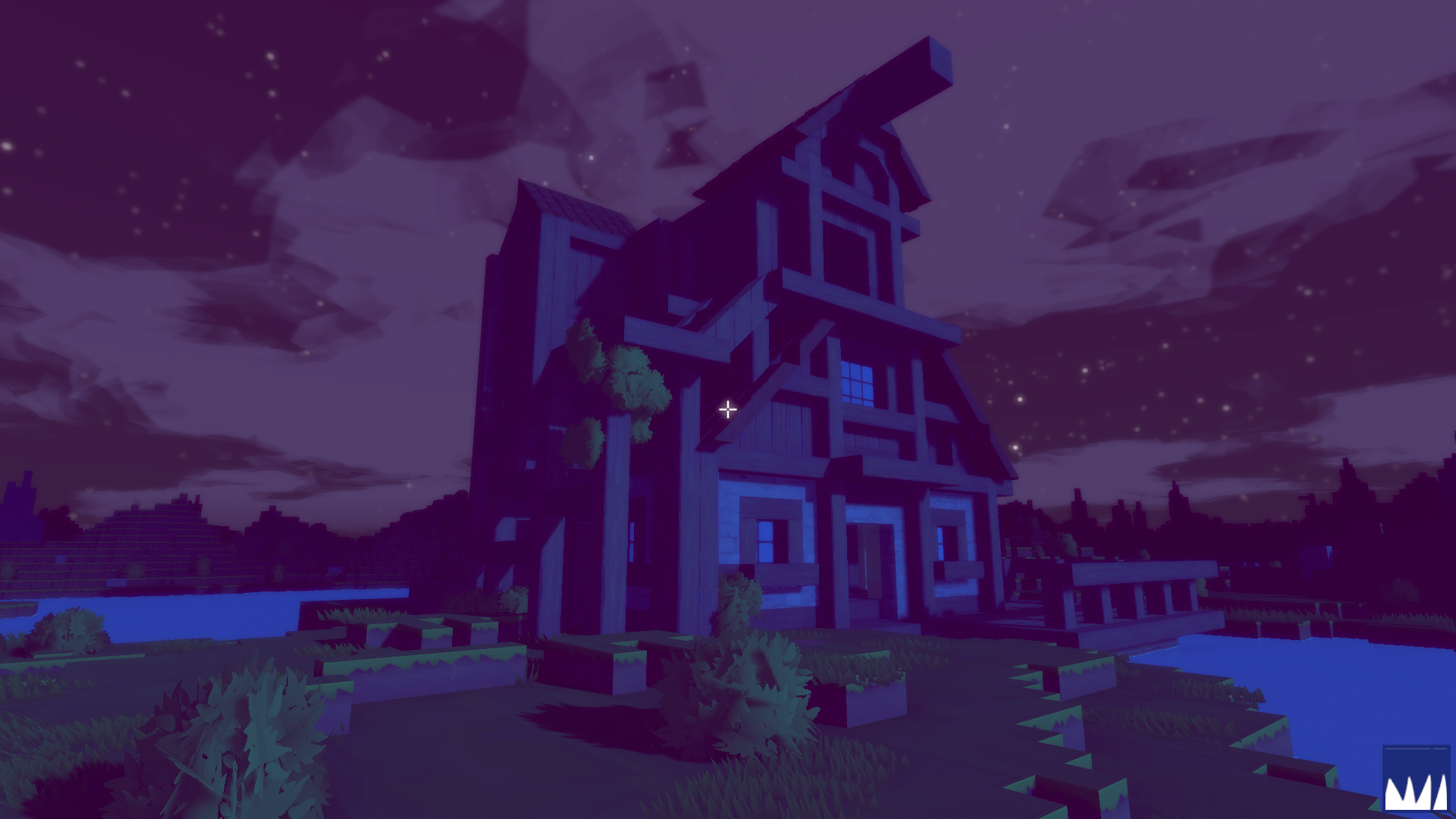 I’ve uploaded a few videos from different parts of the process here.

Now that I’ve proved out the effectiveness of this building kit, I want to look at some fundamental gameplay elements like adding some basic enemies, simple combat and looking at terrain deformation.