So, this week I started working on a new game concept. I split the week between developing the game’s one page design doc; doing some early prototyping in Unity; and creating a piece of artwork for (potential) overall visual direction.

So, all of this is very early WIP, but here’s the initial design doc and artwork: 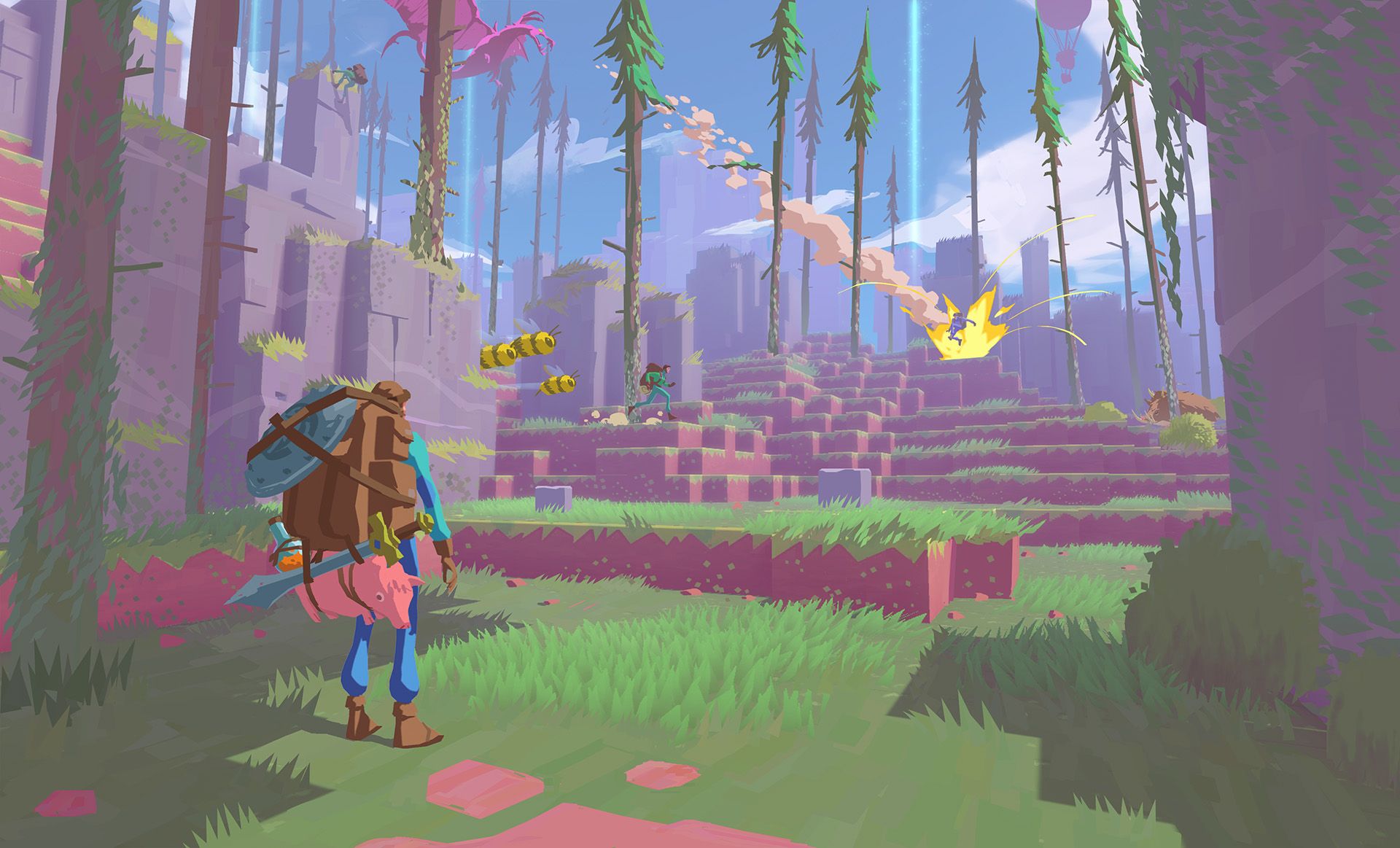 In a fantasy realm full of epic quests and myriad dangers the TRUE heroes are the couriers and store keepers who arm knights, heal druids, clothe adventurers and stop the forces of evil from conquering the world.

Fronterra is an action MMO set in a procedural, deformable world where players band together in village hubs, which contain (player-run) shops that sell all manner of goods & items needed for adventuring. In order to sell these goods & items, shopkeepers need to deliver them (or have others carry out the delivery) to each other’s villages. Transporting goods through the world can be dangerous and may involve crossing treacherous biomes filled with hazards and enemies. So, best to go prepared. Perhaps you could:

Players start out running simple deliveries between nearby villages. But as they grow in stature they can choose to specialize in whichever role suits their playing style. You could be:

Of course, groups of players can and should pool their skills and resources to create the ultimate delivery system; cooperating in order to overcome the challenges that any particular world can throw at them.

Visuals – A block-based world that feels cohesive, natural and vibrant, using emotive atmospherics to convey a range of moods. Surface texture is subtle and suggestive, focusing on macro-level details and gradients. Characters are simple, but non-blocky with an emphasis on silhouette and limited colour/material palettes. VFX is snappy, simple (toon shaded) and stylized. (See moodboard). 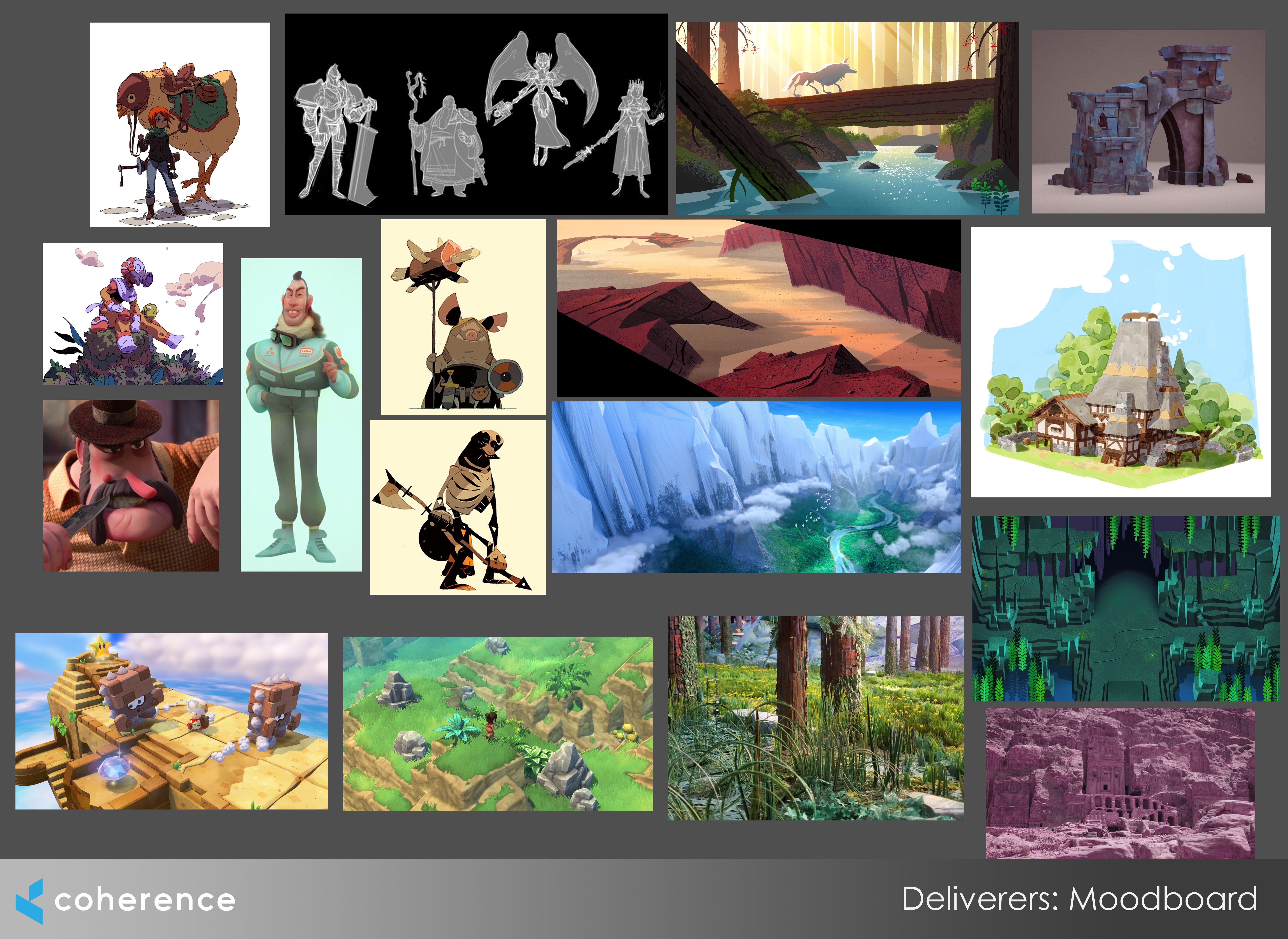 In order to start developing the basic gameplay elements for this idea, I purchased an asset from the Unity Store called ‘Voxel Play’ which has pretty solid terrain generation tools and allows users to create different biomes and populate them with custom voxel & non-voxel models. Once I’d worked out the process for importing voxel assets and setting them up correctly, I was able to generate a simple, custom world. Very plain right now, but it will function fine as a base for working on gameplay elements.

Now that I’m able to generate custom terrains and populate them with my own assets, I want to work on some basic gameplay elements (delivering items from place to place, a barebones store system, simple enemies etc.). I’d also like to explore different kinds of terrain generation. It’s most likely that I will stick with traditional Minecraft-style blocks for this prototype, but there are other options that are perhaps worth investigating.