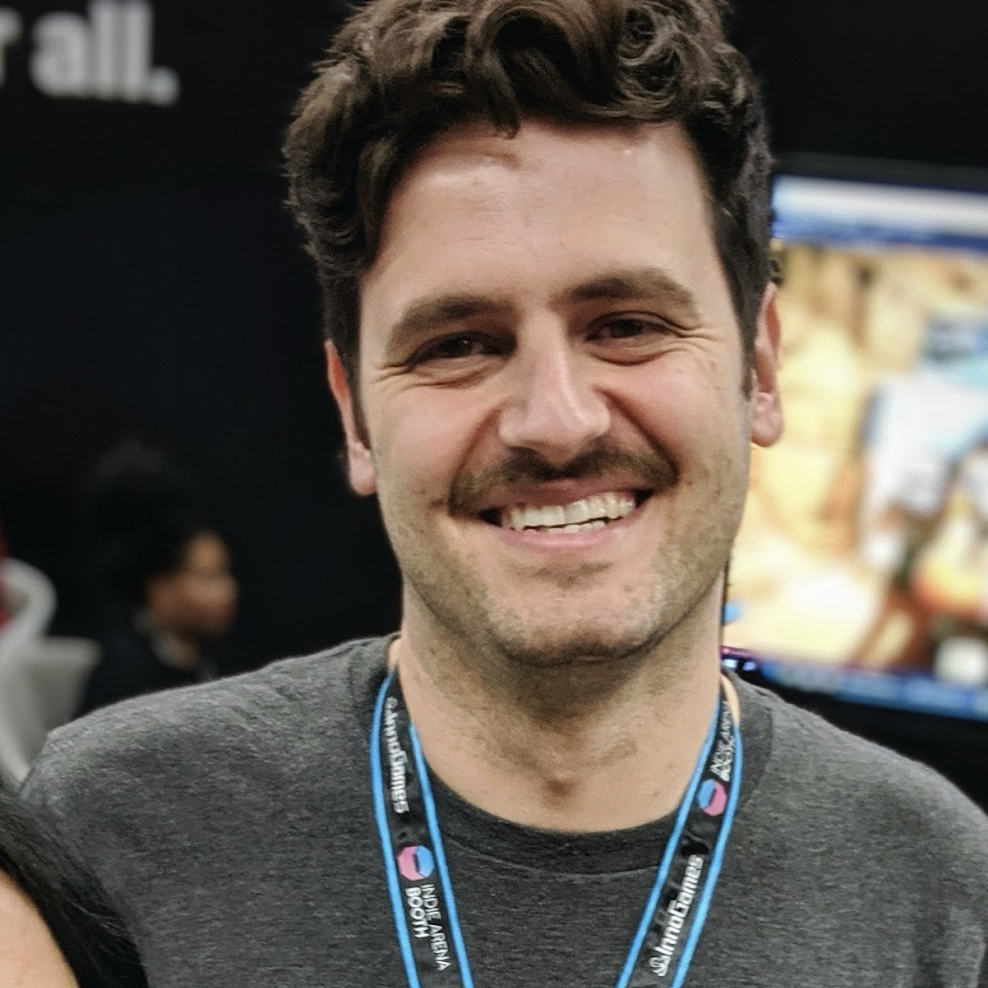 I started in games around 10 years ago. My background is far from being focused on one aspect of game making: I studied graphic design but always had a passion for games, so I have some design skills but then I gradually moved more and more into code. Through the years, I worked briefly at EA as a Certification Tester on AAA titles, and developed and published two indie games with my company Tiny Colossus. But I also have a passion for teaching, and for helping people make games. So eventually I landed at Unity Technologies, where I worked six years as a Developer Advocate creating demos and sample games, and sharing development techniques with the big Unity community.

I was having a great time at Unity, and we ended up working on a really cool sample game called Gigaya, which was set to be bigger in scale than any Unity game demo before. This was a natural evolution for me, being able to move from small demos into sharing more advanced use cases with the community. But in June 2022 Unity shut down the project, so I was forced to go somewhere else. Both Tadej and Dino soon approached me, I presume because my experience at Unity was exactly what they were looking for (in fact another Unity advocate landed at coherence before me). It looked like coherence was just getting ready to make a public splash, so I thought it could be a very interesting job. I had a chat with them, Senta, and Cary, and decided that - besides the job looking like a great fit for me - I really liked the people behind it. So I joined.

My main role is to use the coherence SDK in Unity, initially to create some sample projects. In doing so, I work as if I were a customer, unveiling bugs, providing feedback to the team, and generally putting it to the test so that we ensure that the tech decisions always go hand-in-hand with real life use cases. Armed with this practical knowledge, I will also be the first point of contact for external developers looking to start using coherence, providing tutorials and guidance… you could call it “technical developer relations”!

I really like that it’s a complete toolset that supports a variety of use cases. Rooms, Worlds, persistence, key-value stores, the concept of authority… these are all features that can be mixed together to build really interesting experiences. You can imagine typical synchronous multiplayer gameplay, but you can also mix them up to build a persistent world, asynchronous matches, or a combination of these! The framework doesn’t limit the user, and that’s where my inner game designer gets excited! In fact, I want this to be my message when I speak to users or potential users: “What could you create now, with coherence, that nobody has ever thought about?!”

What are your favorite multiplayer experiences and why?

Interestingly enough, I have never played much online. But lately I’ve become obsessed with Splatoon 3 (and the 2, before), which is an inherently connected game. This game has it all! Starting from the design, which takes the classic elements of a shooter, and then shakes its foundations by introducing ink (this video should explain). The end result is something that looks familiar, fun, competitive, and very fresh. Another interesting thing is that the game is inherently team-based. No going solo! So sometimes you excel and you drag your whole team forwards, but when you suck, sometimes you still win thanks to skilled team-mates carrying you. So it’s generally more fun than many other shooters.

One of my first tasks at coherence will be to work on what we call the “Playground”. It will be a small game sample, to be used to learn about coherence, and about some classic use cases that will make you think about game mechanics in a networked context. Next up will be to take this demo and either produce a bunch of videos to explain it, or to take it in person to live game events and show it on stage. Or both! I can’t wait to finish it!