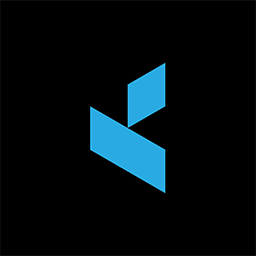 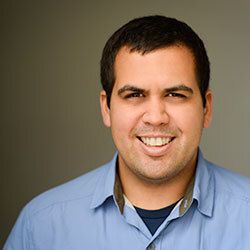 I’ve been a software engineer for about 15 years. I originally went to school for mechanical engineering and worked at Caterpillar for a couple of years, before starting a company about 13 years ago building websites and applications for people in my hometown of Dallas, Texas. I did that for four or five years until I started an app called Key Ring. This was during the height of the app craze, shortly after the App Store launched, so being the first lead engineer there, I built the app and the infrastructure from zero users to over 10 million in the nine years I was there. I’d always been into gaming though, so I joined Blizzard about four years ago where I was part of the Battle.net team working on Hearthstone.

In many ways my previous position at Blizzard was my dream job. I liked their games and I learned a lot working alongside so many other engineers. But ultimately I decided that I’m not a big company person. I like working with smaller teams, where it’s more focused. I saw Dino post about coherence on Twitter and it sounded really interesting. The fact that they were a small startup really appealed to me, and after talking to Tadej and Jan and Senta, I got really interested in it and was fortunate enough to join the team.

I like that it’s a small company. Everyone knows each other. That’s a really important thing to me. And everyone’s driven. At larger organizations everyone may be great, but you get into situations where there’s a lot of overhead and bureaucracy standing in the way of doing things. What’s exciting about coherence to me is the team size and the fact that we’re all working together, no holds barred, to build this product out. Plus I’ve always liked games - especially multiplayer games - so being on the foundational level of that is really exciting.

What are your favourite multiplayer experiences and why?

I kind of play everything. Even prior to joining Blizzard Hearthstone was one of my favorite games, and I still play it quite a bit. I like short, session-based competitive games, usually with strategy components. I’ll also play first-person shooters, though I wouldn’t say that I’m good at them. I usually try out all the MMOs when they come out.

On the more indie side, I really enjoyed Journey. A really cool moment in that game was when out of the blue someone joined my game and we started adventuring together. We couldn’t communicate verbally, so our communication became entirely cue-based. The most striking part of that to me was when I turned around and that person I’d been adventuring with was gone. I felt real emotions at that time. That’s the kind of seamless world coherence is trying to provide.

Working at coherence on the online team I’m doing a lot of what I’ve done before, which is managing game servers and infrastructure, but I’d like to get more involved in the actual engine development. That’s another thing that I really like about coherence - that there’s so few of us that we can all get our hands dirty in different aspects. We all have our domains that we’re experts in, but I really want to get into low level engine stuff and understand that better. I’ve certainly done that while I’ve been here, but on my bucket list I’d like to truly understand it and be involved in the nitty gritty of the actual networking engine.

Beyond just work, my wife and I like to travel a lot. We have two kids and we really haven’t travelled much since we’ve had them, but a really appealing thing about coherence is that it’s distributed globally, so eventually once the pandemic dies down we’ll be able to travel more. And when I travel it’s really not like a usual vacation. Instead, I want to live and work in these places that I travel to. So I’d like to try this in Sweden and Japan and a number of other places.