Forming a Company Remotely, Amidst a Global Pandemic 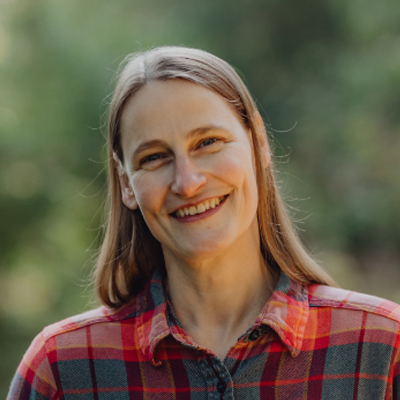 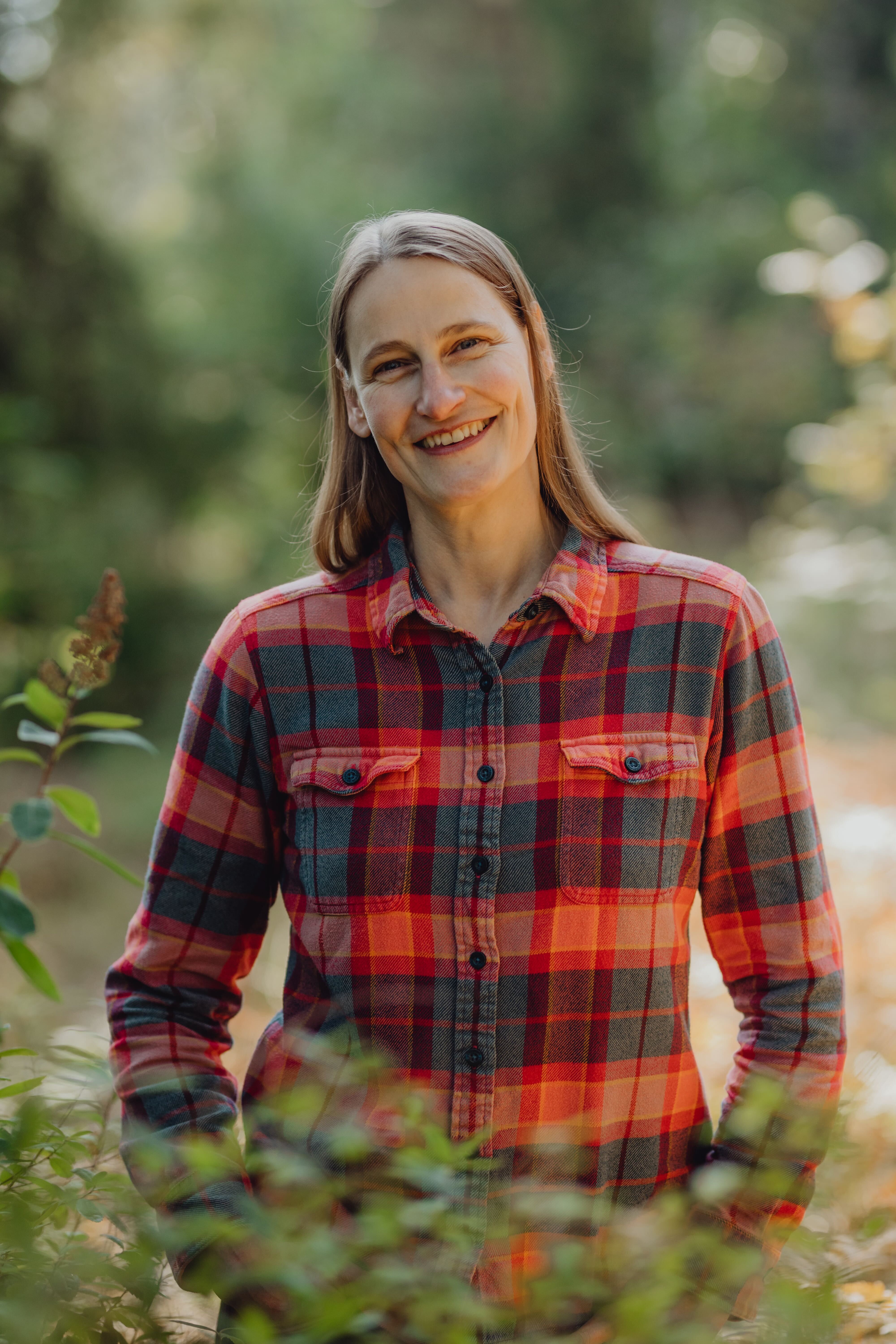 As someone who has lived in five different countries due to various jobs in the gaming industry, I quickly grew tired of having to constantly relocate. So 10 years ago I dreamed that it was possible to work remotely.

That people could remain rooted with their family and friends and wouldn’t have to relocate all over the world, while still doing what they were passionate about.

That they could actually have balance in their lives, with social structures that would support them wherever they wanted to be.

In short, I wanted people in the gaming industry to be able to have fuller lives. That’s why I’ve dedicated the last decade of my life to realizing that goal.

That’s a big part of why I started working at coherence, as it’s a networking platform that allows game teams, small and large, to make multiplayer games. As somebody who cares so much about how people interact and socialize, particularly remotely, building a technology that will eventually move out of games, that will enable the world to communicate better, was a huge draw for me. In a world where there is so much anger because of misunderstandings, creating a way for people across different cultures to communicate, in this case through gaming, is a massively inspiring endeavor to me.

When it comes to working remotely, we're looking for evolution, not revolution. -Senta Jakobsen

One of my most important beliefs is that I try not to hire anyone. At least not on my own. That responsibility goes to the team, because those are the people who are going to be working with the new recruits. I’m not going to be working day to day with a coder that I might potentially hire. So for each opening that we have, we ask who wants to sit in on the interview, so they can make the call. More importantly, we recognize that having the technical skill set to do the job is only half the battle. When we interview potential hires we work our way through four interviews, and while two of them are based around technical skills, the other two are cultural interviews.

These try to answer questions like: “Is this somebody who can work remotely?” “Is this somebody who will conflict with us?” (And by that I mean I’m hoping that they will. Conflict is an important part of building and bettering our culture!) “Do they have an opinion, and will they express it in a way that we will hear it?” “If they’re in a different timezone can they figure things out for themselves? Or will they sit there and be confused?” We try hard to make this not be a bottleneck, but rather we trust the team to pick who they want to work with. And this has worked well so far.

Of course, when working remotely you have to be able to socialize differently. And that means you have to use words. In person it’s easier to gauge someone’s mood by simply looking at them. They might be hunched over or tired. But that’s usually a visual cue that we don’t have in this environment. So we need people to verbally communicate this. To say “I’m not feeling well today”, or “I might be a bit grumpy.” We also try very hard not to blur out our backgrounds on video chat calls.

After all, your private self goes to work and you share that as well. To know that there’s some kind of life behind the screen is hugely important in fleshing out a coworker as a whole person.. It’s also vitally important to acknowledge that we don’t share common backgrounds or cultures. In fact, at coherence the vast majority of us are speaking English as a second language. We have team members from Sweden, Denmark, Slovenia, Germany, Bulgaria, Mexico, the UK, Spain, Israel, Poland, Ukraine, the US, Canada, France and India. And rather than try to assimilate others into our culture, we need to acknowledge that friction will exist and we need to find collaborative ways of working that out.

Rather than try to assimilate others into our culture, we need to acknowledge that friction will exist and we need to find collaborative ways of working that out. -Senta Jakobsen

When one person says something really directly and another person is from a culture where they’re not used to hearing that, it can get messy. Things may not be clear between people, and we all carry the attitude that we will try to make it clear. We’re all a part of that. Every time somebody new joins, the team gets augmented, and we need to adjust. We don’t try to hide it. We make suggestions to figure out how to navigate these communication differences. One way we’ve tried to enable a sense of team is to have what we call the “Friday roundup”, which is an hour of unstructured time to talk and hang out. That worked well when we were about eight people. But now that we’re 18 people it’s becoming awkward. Imagine 18 people standing around in a pub, with only one person talking at a time. We tried turning these meetings into games, which helped a bit, but it was still rather stilted. Eventually someone piped up and said they didn’t want to attend these anymore because they were too awkward - others agreed. So we tried something else.

In this case we opted for Zoom breakout rooms, where people can come and go. This way it’s more like mingling in groups of 4-5 people, and that worked better. Effectively we used ourselves as guinea pigs to figure out what works better as we go. Self reflection is key to keeping the company culture thriving, healthy and evolving.

As a team we meet via Zoom every morning, and although this started as a way of updating each other on our work, we have discovered that this meeting is most useful to us from a social perspective. With this in mind we implemented the “question of the week”. On Mondays we discover what the question is, the remainder of the week we answer it when we meet. These are simple and let us learn something about each other. Some examples include: “What’s your favorite movie?” “What jobs did you have as a teenager?” “If you could be an animal what would you be and why?” What are your favorite games?” “Tell us about an awesome vacation that you’ve taken.”

They’re really anything that you can use to initiate a conversation, because that information doesn’t naturally come from a remote environment. Simply learning this kind of seemingly trivial information about someone can really help you get to know people more fully.

To facilitate this coming together, we begin our onboarding process very early. After we officially hire somebody it might be several months before they actually start so we check in with them, ask how they’re doing, and make sure they have all the necessary equipment. When someone starts work they are provided with both a Social Buddy and a Technical Buddy. The latter is pretty common in workplaces, as they ensure that someone gets support with their technical responsibilities, but the Social Buddy is responsible for making sure a new recruit gets the lay of the land culturally.

They’ll book small coffee breaks with two or three people so they can chat with them. In a relaxed environment it’s easier to get to know the team more intimately. When a new person joins the company everyone is encouraged to set up one on one meetings with them. Just spend 20 minutes introducing yourself. We don’t just leave it to the new hire to introduce themselves to everyone because that’s going to be intimidating. It’s important that they learn the norms of what’s expected of them socially - for example, if they don’t like something, they are allowed to speak up.

To accommodate this, we do follow-up meetings after two weeks, two months, and six months, to understand how the onboarding has gone. It’s never going to go perfectly, as there’s no one size fits all approach to this, as everyone is different. Still, that doesn’t mean that we can’t learn something or start to recognize patterns from multiple people’s feedback. Arguably the most important part of working remotely is adaptability. We are constantly evolving our process so we can make it better for the next person who comes on board.

When it comes to working remotely, we’re looking for evolution, not revolution. We want to continuously look at ourselves, reflect, and grow as a team. Because once you learn how to communicate remotely, it opens up all kinds of opportunities to lead a healthier, more stable life, whether you’re in a pandemic or not.

Note: this article was originally published on Pocketgamer.biz on 21/09/2021